The song was first announced during the London O2 Arena “Made In Lagos” concert after which two music superstars have been jointly teasing the new track via social media.

“Ballon D’or” is a follow-up to their previous collaboration on “Ginger” from Made In Lagos album.

Your Tuesday is about to get better... Are you rea

How do you like your breakfast served? Join Shol

How was your weekend You are definitely gonna have

You Gerrit? If don't gerrit, forget about it! #N 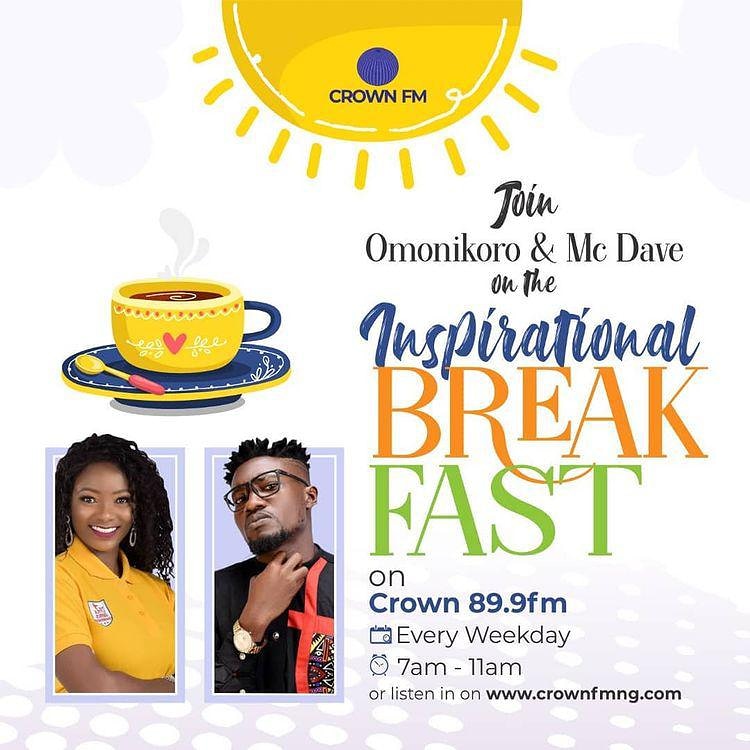 The Inspirational Breakfast Show is the perfect start to everyone’s day. The breakfast diet is a creative blend of gospel music, messages and information from News and Sports around the world. To transform lives one show at a time, the show uses a blend of English and Pidgin English presentation from the hosts and each day of the show has its special features.   7AM- Kick-off Here we focus on motivational topics intended to as the name implies start up the listeners day on a positive, motivational and inspiring note.   8AM- State of the Nation We analyze controversial political geared towards keeping the listeners abreast with what's going on the political space while allowing them to share their opinion on the subject matter.   9AM- What's the itch? Here we discuss topical issues ranging from Workplace, Family and Neighborhood, Religion, Health, Education etc.   10AM- Just so you know we take a tour briefly on issues trending on the social media space